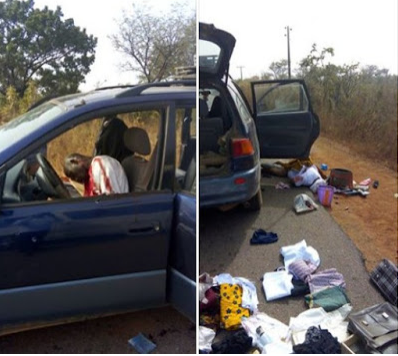 “I stopped at Gawa at about 8:14 this morning to buy some foodstuffs on my way to Bali to buy yams when some young men walked to men saying its better to get the yams in the evening when the market is closing.

Little did I know I was the target. Pushing me to hit the road so they can waste me… Oh God.. The pastor arrived shortly with a Toyota picnic. They bought yams I even helped to negotiate with the seller. We took off the same time before I stopped to excrete. Just seconds we heard gun shots and that was how they wasted this couple.”

Angel Goldy - 2018
0
“GOD IS A POLITICIAN” says SAMUEL ADEYEMI AS HE ORGANIZES ANOTHER LIFE CHANGING SOCIETAL PROGRAM. We got to meet with Mr. Samuel Adeyemi, motivational...

Angel Goldy - 2016
1
THE KIND OF FRIENDS YOU SHOULD DISCARD ASAP   The Pessimist Life is already filled with people who will attempt to bring one down when one attempts...