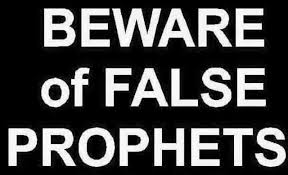 She walked into the church with all she had on her. Her only son who aforetime was her only source of livelihood through the sales he made from hawking plantain chips had been knocked down by a fast moving tipper and was still on admission in the hospital. Mrs. Agada, a widow in her early sixties managed to find a seat in the church auditorium  as she watched the energetic pastor preach and prophesy. He was a young man not over thirty three years old. His glittery suit and the chains and other accessories he had on helped accentuate his good looks the more.
Mrs. Agada moved her gaze from the “man of God” and opened her purse to count the money she had therein. It was just N1, 580. She needed to transport herself with N300 to the hospital. She would buy food for her son with N300 and drugs as would be prescribed. She would have to repeat the same routine the next day until this money gets finished. She had no other cash on her. This would be what she would rely on until death calls on her and her son, except of course, a miracle happens.
As she stared into her purse, she heard the pastor scream :”God  has sent me to you to deliver you. Just as a prophet was sent to the widow of Zarephat, I have been sent to you. Elijah asked for all the widow had in the house. Today, I want to you to come out with everything you have right now and God will surprise you like he surprised the widow of Zarephat, the oil of multiplication is here right now”
In groups of twos and threes, people trooped out to drop all they had at the prophet’s feet as he anointed them.
Mrs. Agada fought hard to control the tears that were about to come down her old eyes.
“it’s not easy but you have to bring it, that is where you liberation lies, it could be all you ever have, bring it now for multiplication”.
With this, Mrs. Agada ran out and poured out the N1580 in her purse. Before the prophet as he anointed him. She walked back to her sit fighting back to hold her tears as she couldn’t take the image of her suffering son in the hospital off her head.
The issue of pastors collecting money from poor people in the guise of blessing them has increased with time only with more tact. In the story of the widow of Zarephat in I Kings 7, God sent Elijah to the widow and her son, and upon collecting ALL that the widow and her son had, God, through Prophet Elijah multiplied the widow’s resources INSTANTLY.
Certain sacrifices (sometimes) require a proportionate level of return. Prophet Elijah couldn’t have left the woman for the whole day until there was a blessing – until God multiplied the barrel of meal and cruse of oil.
Nowadays in churches, these “Pastors” want to get rich by all means possible and they do this to the detriment of unsuspecting Christians. There are messages that such pastors will never preach. What about the miracle of feeding 5,000 people, or that of feeding 3, 000? All that matters is how they want to get money into their own pockets.
Should you come across these people who want to get your money by all means, please, WALK AWAY FROM THEM, IF YOU CAN’T WALK AWAY, RUN AWAY!
When Elijah received the last meal from the poor widow, he did not walk away leaving a promise of a blessing, he decreed, and so was it. This does not give other pastors the license to go and request for people’s last meals. This theory will only impoverish and kill than will help Christendom. Dear Christians, learn to differentiate hungry pastors from the real ones. A pastor should not just EAT your “last meal” and walk away saying nothing. Your faith may bail you out eventually but that does not make it right.
Elijah spoke the word of God, in fact, the mind of God, he proclaimed what God wanted to bring to pass in the life of the widow of Zarephat. Most of these new age fake prophets and pastors do not preach anything that will not make people release their money. The greatest gift anyone can give to God is their life. Life first,  not money. Giving money is good, but it has to be a freewill donation. It shouldn’t be out of coercion or as a result of a fearful threat.
I know of a “pastor” who instructed that everybody should submit their money in a particular service, and that they shouldn’t go out with any amount more than their transport fare. This is bizarre. What do you want to do with the money, dear fake pastor? Who asked you to check into the pockets of the people. These people are fake. They are after their stomachs alone. That is all they want. They consult magicians who aid them in performing some adulterated magic. Ministry is not meant for lazy people. It is meant for people who are ready to work hard spiritually and physically – not for people who want to earn other people’s money by tricks. These are the set of people who show their abilities by organizing programmes wherein they perform their magic. Well, if they are so well anointed, they could visit mortuaries, hospitals, orphanage homes, they should attempt the miracle of feeding a multitude with little, they should practice what they do – be givers too. If these prophets see this much, they should show us where the insurgents lie. We have a nation filled with so many “seeing” pastors and prophets yet all they wanna see is money. This is erroneous!
Identify fake prophets and save your money. There are people like Mrs. Agada identified above who have only become worse because they cannot differentiate the fake from the real.

Angel Goldy - 2018
0
Nigerian woman welcomes son three months after welcoming twins (photos) Doctors, how can this be explained? A woman who has been married for 12 years without...

Angel Goldy - 2018
0
The thought of being hit with a major negative event that could affect your finances, like a job loss, illness or car accident, can...