Home News ”I’m not afraid of EFCC, I won’t run away from Nigeria”Governor Fayose...

”I’m not afraid of EFCC, I won’t run away from Nigeria” Governor Fayose says 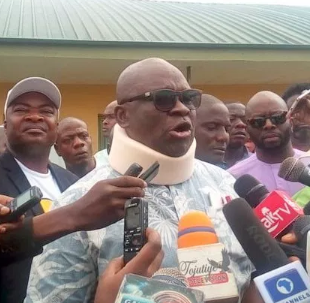 Ekiti state governor, Ayo Fayose, has said that he is not afraid of the antigraft agency, EFCC, and that he has no reason to run away from Nigerian. Fayose who spoke through his media aide, Lere Olayinka, said this while reacting to a tweet the antigraft agency posted yesterday in which they insinuated that they would soon be coming after him. 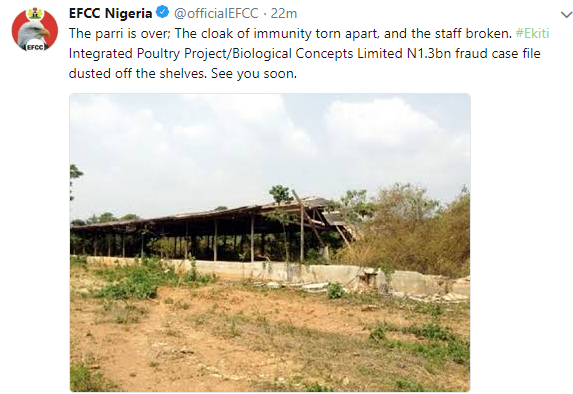 EFCC tweeted this and has since deleted it.

Reacting to the tweet, Lere Olayinka in an interview with Premiumtimes, said

“He is not afraid of anything. What are they going to do to him. Is EFCC the court of law? Since 2015 that they started talking about Sambo Dasuki, how many Nigerians have they convicted? That was how they lied that the governor had a property on Gana Street in Maitama and nothing came out of it. The governor will hand over when the day comes in October. And if it is necessary that he should go to the EFCC for questioning after leaving office, he will go and meet them.” he said