Home Entertainment Meet Destiny Degreat – the young man who plays the keyboard with... 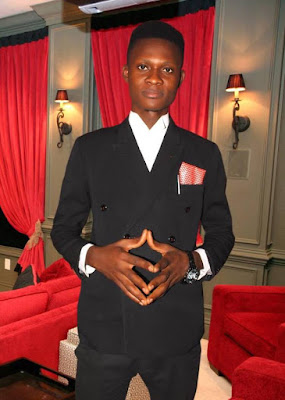 He goes by the name Destiny De Great, real name, Uduakobong Andrew Effiong from Ekpene Ukim village in Uruan L.G.A of Akwa Ibom State, Nigeria.
When asked how the name Destiny came about, he said the name “Destiny” was given to him by God in a dream during his secondary school days, after which he was further inspired to add “De-Great” which makes up the pseudonym “Destiny De-Great”. 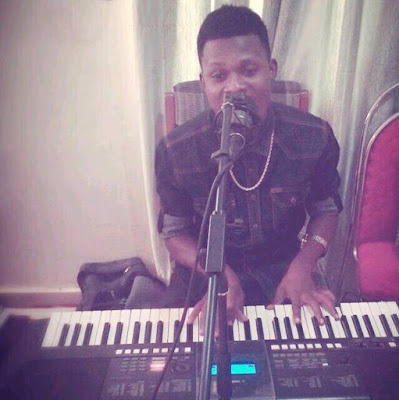 He grew up from a family of eight (8) and started his musical carreer by playing the drums at his early junior secondary school days, sometime in 2002. As a little boy, he had an undying and obvious love and passion for music, especially as he grew up in a Godly home which was, and is, known for gospel music.
In 2005, Destiny De-great started playing the keyboard and had an encounter with an angel. That was how the name “Destiny” was re-affirmed to him.
Destiny De-great has always wanted to make, and has succeeded in making, a difference in his world, especially in the world of music.
He started using his left hand to make melodies on the keyboard and the unquenchable thirst for excellence drove him into even doing better. This consequentially earned him the name “Magic Finger”, sequel to which he was motivated to use his elbow in playing the keyboard. 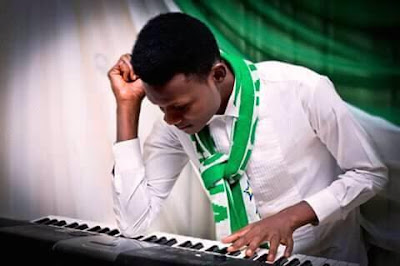 When asked why he decided to use his elbow, he answered saying “I have not thought of playing the keyboard with my elbow and i never prayed for it. God showed it to me in a trance on the 22nd day of December, 2015 through the scripture in Philippians 4:13. I never had a prior thought to use my elbow until that day when the Lord showed it to me, and He has given me the grace to prove that, His Word is indeed true, and WE CAN DO ALL THINGS, THROUGH CHRIST THAT STRENGTHENS US!” 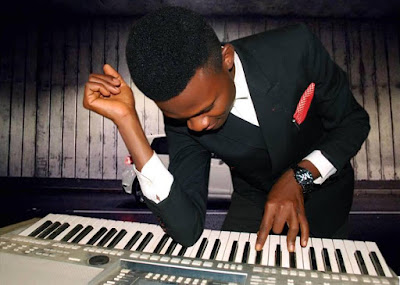 Destiny De-great further recounted that at first, people laughed at him, some people called him names when he started to execute and run with this God-given vision, but it was not long before they all gathered to celebrate him.
He further said “My life has changed tremendously after this blessing from God. Everyday, people call me and ask me “how do you do it?” So many invitations get to me and they all want to see me do this, through Christ that Strengthens me. Not only do people long to see me, whenever i minister on the keyboard, burdens are lifted, chains are broken. When i lead people to praise God using my elbow, there are testimonies that follow it and i am grateful to God for not only giving me this vision but helping me to believe in Him through it. This justifies God’s word, that the earnest expectation of the creatures, awaiteth the MANIFESTATION of the Sons of God…. Also, Eyes have not seen, ears have not heard, neither has it entered into the heart of men, what God has prepared for them that love him. Halleluyah.” 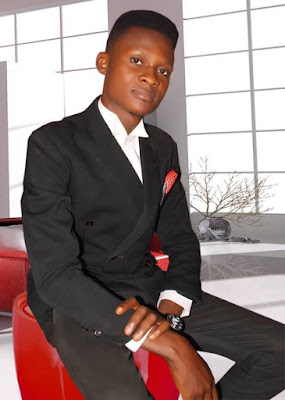 It was further gathered that through the gift and inspiration of the “Elbow Ministry” Destiny has ministered on several platforms with great minsters of the gospel, and made his first travel outside Nigeria in 2012.
After his video launch in 2017, the world received and has been enjoying two of his current videos which are still on the lips and hearts of many.
Watch below
Joyous Celebration by Destiny Degreat
Niger Delta Praise by Destiny De-Great
Contact Destiny De-great via social Media :
Facebook: Destiny Andrew
Instagram: Destiny Degreat
Whatsapp/Mobile: 07036704054

Angel Goldy - 2016
0
Society pressurizes one into doing a lot of things and ladies are not left out of this pressure, if at all they do not...

“It was a sour experience” – Coordinator of Ekiti Election Observers...

IDENTIFY FAKE “PASTORS” AND SAVE YOUR MONEY – Angel Gold

Angel Goldy - 2017
1
Gospel minister, Petersongs is back on the block with this song he titles "Ogologoma Ya" produced by one of Abuja's finest producers,...