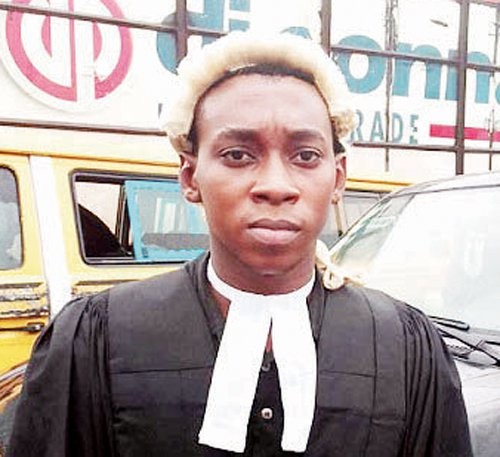 Police in Lagos state have arrested a 27-year-old university dropout, Destiny Otubambo, for alleged theft and obtaining by false pretences.

Parading the suspect before newsmen in the command’s headquarters in Ikeja yesterday July 16th, the state commissioner of police, Edgal Imohimi, said Otubambo purchased phones worth N377, 500 from a dealer at Ikota Shopping Complex Lekki, Ajah, on May 24 by generating false bank alert. After collecting the phone, the suspect asked for the company’s bank account so he can do a transfer.

“He was given the account details to which the said amount should be credited. After few minutes, he claimed he had credited the said sum. To prove he had, he showed a debit alert from Zenith account number 2110746005, titled, Destiny Ayo Adeleke. Believing it to be true, the shop owner released the phones to him and requested for his phone number. When she did not see the alert, she tried the phone number but it was unreachable and the account number was non-existent.” he said

The victim alerted men of the Federal Special Anti-Robbery Squad (FSARS) and after much investigation, the suspect’s lover, Marian Amuche, was arrested. Marian then led the police to where the suspect was.

“Amuche led detectives to arrest Otubambo. On interrogation, he confessed to the crime and that he had sold the phones to buyers he met online.” CP Edgal said

Three mobile phones, 10 simcards and lawyer’s wig, gown were recovered from the suspect.

Confessing to the crime, the suspect said he generated fake alerts by editing original ones, adding that there was a time he tried to generate fake N5.3 million but was not successful.

“The account is not for me. I forged it. I was arrested last week. I was studying law before I dropped out from school because of financial issues. My dad is late. I bought the lawyer gown from the market for N35,000. I have never been to the court before neither was I called to bar. There was no motive behind buying the gown. I just bought it and uploaded pictures I took on social media.” he said

The police chief said he would soon be charged to court.

Angel Goldy - 2016
0
General Overseer of the Synagogue Church of All Nations, Prophet Temitope Joshua, has said the outcome of the...

Angel Goldy - 2018
0
Black couple buy a brand new car for their daughters' teacher who had been taking the bus daily In a beautiful act of kidness, a...