Ruggedman drags Assistant Commissioner of Police, Yomi Shogunle after he posted fake news about him 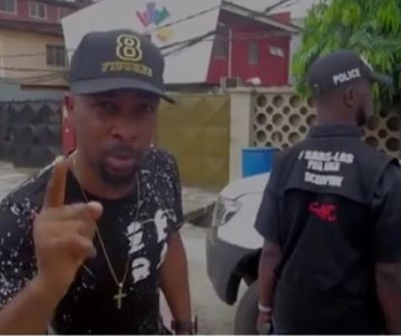 Ruggedman has called out Yomi Shogunle, the Assistant Commissioner of Police, after he shared a fake story about him.

Yomi Shogunle shared a photo of Ruggedman with a Federal SARS officer and alleged that Ruggedman, who has been very vocal in his call to end SARS, has now turned around to join those calling for SARS to be reformed rather than to be scrapped. 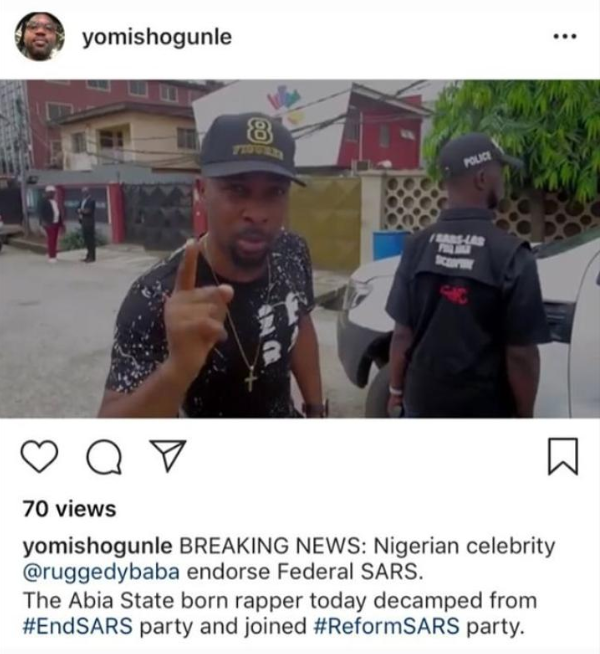 But the photo used by Yomi Shogunle was actually shared by Ruggedman to help Nigerians identify the real SARS officers and the fake ones, and he was incensed when he saw the photo being used to pass the wrong message, so he fired back and reiterated that he is all for #EndSARS.

Ruggedman wrote:
Officer yomi shogunle I have heard about how incompetent and dubious you are but this disgraceful act of yours takes the cake.

This baseless and fabricated post of yours just goes to show you are a shameless liar and a disgrace to the Nigerian police force.

Since you obviously do not respect the uniform you wear, the innocent people being brutalised daily i never expected you to respect me.
I see your pathetic comments trying to ridicule people who used to come to you for help and I always thought you were a disgrace to that position.
Now I am certain you are.
Do not ever in your life post anything I never said to you about me or on my behalf.

I would have said you take it down but I know my post will reach more people and it will expose you for the lying,decietful and disrespectful man you are.

NIGERIANS I AM ALL FOR #endsars until the force is reformed and reorientated on how to treat people as the humans they are.