Two commuters sitting on train fall and die in Lagos, others injured 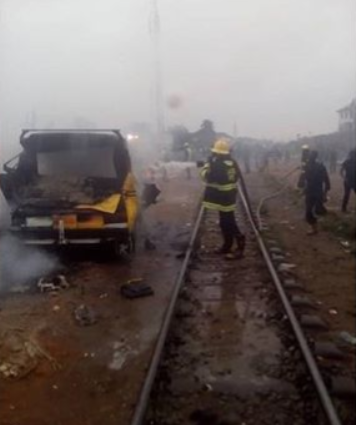 No fewer than two people have died and two others have been injured when a train veered off while trying to avoid colliding with an abandoned commercial bus.

The accident reportedly occurred this morning on old Abeokuta road, Agege, Lagos. It was gathered that the victims were sitting on the train when it veered upon sighting the bus from afar. Eyewitnesses allege that the victims fell off the top of the train and on to the rail-line where they were crushed by the moving train. Two other victims fell close to the bus and lost some body parts.

The train is said to have continued on its journey, unaware of what had happened, while onlookers rushed the injured to nearby Orile-Agege General Hospital. 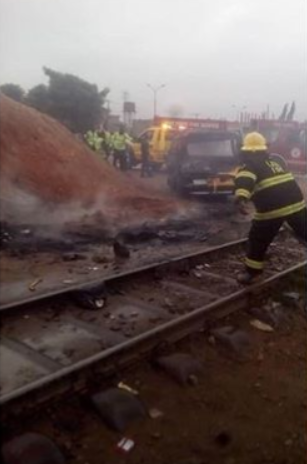 After the accident, angry youths set the abandoned bus ablaze. Emergency agencies later arrived on the scene for recovery and evacuation

Angel Goldy - 2020
0
In the midst of the many disturbing activities and occurrences threatening the great country Nigeria, this...