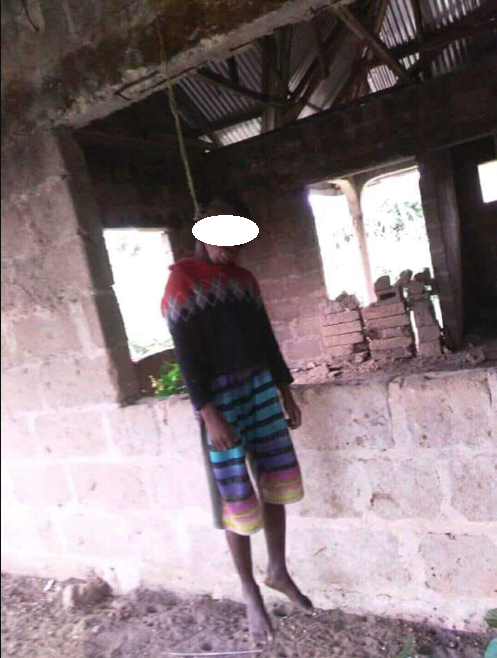 The body of a young boy found yesterday hanging from an uncompleted building in Cross River state has left people horrified.

The body was found in a building at Adiabo Ikot Mbo, Cross River State. According to reports, the dangling body was discovered by neighbours who then raised alarm.

It is suspected he committed suicide but some have also pointed out the possibility that it could be a murder which is being covered up as suicide.

An investigation has reportedly commenced into his death. 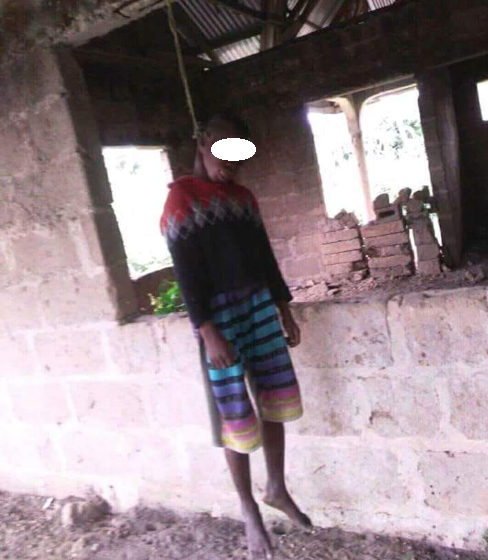