Home Education 7 KINDS OF MEN THAT WOMEN HATE TO DATE 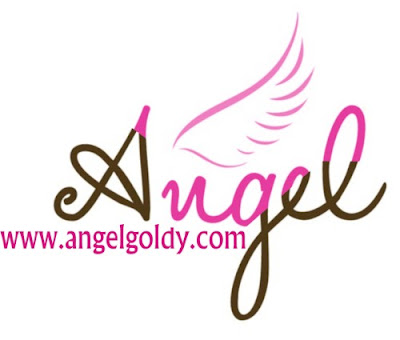 1. A man without a source of income

Whether or not a woman is after your money, no woman will like to be hooked up with a man who can barely provide for himself, talk more of providing for himself and a woman. No matter how rich a woman is, she would prefer a man who can buy all the necessary things he needs over a man who can barely fend for himself. Note that, a relationship is not necessarily about money, but most importantly, it is erroneous and irritating for a man to want a woman if he can barely take care of himself. You should be forced to ask, what does he want to do with her if he cannot even provide for himself? Gone are those days when it was opined that love is not all about money. It is not all about money because it is about money and other things. Before contracting any lady into a meaningful relationship, a man should have a source of income.

2. A man who has an attitude problem

When a woman accepts to date a man, it can be said that such a woman is not signing a contract with trouble. A man is designed to be the head of a family, to be the leader in the family. No woman wants to date a man who has an attitude problem. A man who is either too bossy or too petty. There are lots of issues that should worry a woman and a man should not let his become a worry to a woman. No woman wants headache in the name of a relationship.

Nature has made it just obvious and acceptable that a man is the head of the family. However, a man does not need to prove it or else it becomes worrisome and irritating. Many relationships have hit the rock because men choose to argue their places in the affairs rather than just be and act the way they are designed to act. A reasonable woman understands that a man should be loved and respected but love and respect should not be demanded; it is earned. Asking for it and insisting on these make a man bossy and i am yet to meet a woman who wants to be ordered around by one bossy man. They are probably not born yet; they may come in the next century.


4. A man who feels inferior
Every family or relationship grows around the personality of the head of the family. Since men are created to be leaders, it will be disastrous for the leader of any relationship to always feel inferior. This inferiority rubs off on every other person who is “led” by such a man. A man should have the boldness and courage to lead his relationship well. His ego should not be bruised to a point where he feels less than a man. Every woman wants a man who does not just dress in manly clothes but is proud of who he is and has a good amount of confidence in himself.


5. A dirty man
One very common excuse for dirtiness among men is that men were created from dust (directly) while women were created from the man (an already made product). For this “reason”, many people opine that women are neater and cleaner than men. (you are entitled to your opinion too). Well, there is no reason why a man should be dirty, whether he was created from dust or gutter. A man should be presentable before any woman would want to take a shot at him. He should have clean breath, beautiful look and clean clothes as well. It is appalling to find out that the breath from some men can kill insects. Sometimes you begin to wonder if they ate dead rats. Dear male creature of God, please, be clean. Women love men who are spotlessly, or at least, considerably clean.


6. A man without focus
No matter how much money a man has and no matter how good-looking he may be, in no time, he will be worthless if he does not have a goal or a focus. A responsible man should have a goal, a plan, something he is working towards or something he is planning. A man who fails to plan has planned to fail already. It is not possible for a responsible lady to want to have anything to do with a focus-less man.


7. A man who has no respect for women
There are still so many men who believe that a woman is a second-class citizen of any environment where there are men. well, every woman deserves respect. A man who cannot respect a woman is not fit to marry a woman. Women love men who respect and appreciate womanhood, not a man who assumes that a woman is a property to be purchased anywhere, by any means.

Whether Gospel music ministers should get paid or not