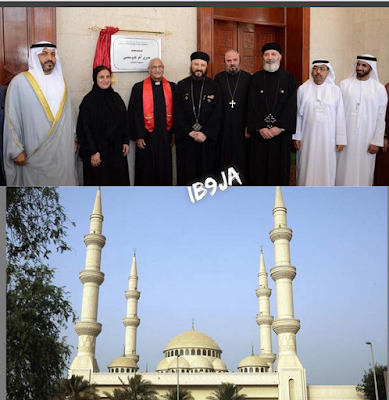 The move aims to promote the social connections between the followers of different religions and strengthen the common characteristics between them.

Sheikha Lubna Al Qasimi, Minister of State for Tolerance, expressed appreciation for the move, saying it reflected Sheikh Mohamed’s “pure humanity and portrays a bright image of the real tolerance and coexistence in the UAE”.

She said renaming the mosque has tolerant qualities, especially as this event coincides with the Zayed Humanitarian Day, which was marked on Wednesday (Ramadan 19).

Just steps away from the newly-renamed mosque is St Andrew’s Church, an Anglican parish. Its senior chaplain, Reverend Canon Andrew Thompson, said that he was “delighted” with the news.

Angel Goldy - 2017
0
Pastor Enoch Adejare Adeboye has appointed a General Overseer for the Redeemed Christian Church of God in Nigeria. According to the 74...

BLOGGING MADE EASY, with pictures, and how to make real money...

Angel Goldy - 2017
3
I love noodles buh i hope i can still grab a plate of noodles after seeing this. *smh