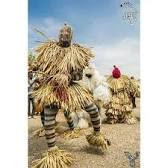 Gbagyi carnival has been described as the melting point of Nigerian hospitality and the beginning of Unity, Peace and development if properly invested on in Nigeria as it is been staged in the nation’s capital.
The National Coordinator, Ephraim Dauda who made the disclosure on Thursday in Abuja while speaking with www.angelgoldy.com said it is the beginning of a new dawn and growth for Nigeria at large with its consistent mission of Promoting Unity, Peace and development within the marginalised gbagyi speaking communities spread across the north central Nigeria.
Ephraim who stressed on the forthcoming gbagyi cultural carnival said the 2017 edition is slated for the 28th – 29th October and has reeled out the two day activities to include Miss Gbagyi beauty pageant, Cultural exhibition/Music Concert, Cultural carnival, Gbagyi Talent competition, Gbagyi Ambassadorial achievement and awards, Business expo/Symposium and many others to be hosted at the Old Parade ground, Area 10, Garki, Abuja.
Dauda also enjoined governments, private sectors as well as well meaning Nigerians to key into this opportunity of supporting the annual economy carnival within the nation’s capital which is hoped to becoming a national carnival that attracts tourism investors and make it compete with other international communities.

He added that Gbagyi Cultural Carnival is one of the most unifying events, cultural and creative extravaganza, which is celebrated amongst the Gbagyi communities that is spread across FCT, Kogi Kaduna, Nasarawa,  and Niger and as such should be giving due attention by the member states to strengthen the continues existence of this creative idea.
“On the socio-economic level, Gbagyi Cultural Carnival is capable of generating business opportunities for singers, song writers, choreographers, film makers, costume builders, designers, makeup artists, as well as growing natural talents to mention but a few and having the capacity to drive the growth and development of micro, small and medium enterprises many of which are skills-based services. These range from entertainment services related to cultural art forms such as dance, to the production of local crafts, cuisine” he said
The working team of Gbagyi Cultural Carnival can be contacted through its various social media platforms:
Facebook: gbagyicarnival
Website: www.gbagyicarnival.co.ng
Email: gbagyicarnival@gmail.com
Blog: gbagyicarnival.blogspot.com
Phone Number: +2348055552540

Angel Goldy - 2017
0
Apostle Johnson Suleman finally reminds of how he warned about MMM, Its eventual crash, alleged return and other of his prophecies that have not...

Angel Goldy - 2018
0
''I steal honda cars because they are easy to unlock and sell'' Suspect A 24-year-old notorious car thief, Yemi Adeoye, says he specialized in stealing Honda...