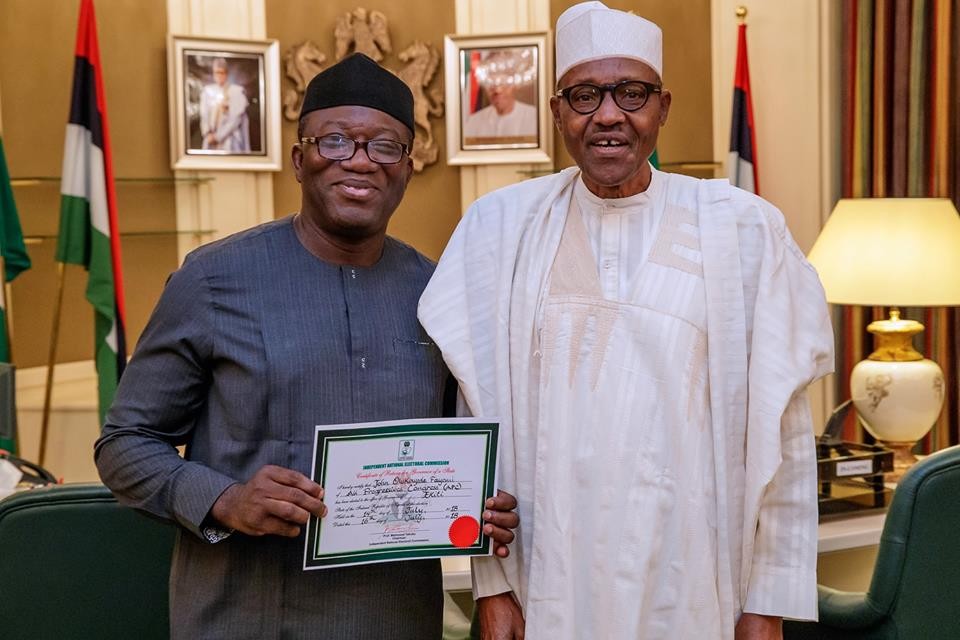 Ekiti state governor-elect, Kayode Fayemi, says he will be probing the financial recor of the incumbent governor, Ayo Fayose, once he assumes office in October this year. Fayemi said this yesterday to state house correspondents when he went to show President Buhari his certificate of return.

According to Fayemi, it is important to know how much revenue the state generated during Fayose’s administration and why the Fayose-administration couldn’t pay salaries for months.

”It will be irresponsible on my part to say to you that we will not examine what transpired in the last four years in the manner of governance. What were the receipts in terms of revenue into Ekiti state. What were the expenditure in that period? Why were we not able to pay salaries?” he said</

Angel Goldy - 2018
0
5 THINGS THAT KEEP YOU FROM ACHIEVING YOUR YEARLY GOALS ABSENCE OF PASSION When yearly goals are set for instance, people spend the first few...

Angel Goldy - 2019
0
Imam Mohamad Tawhidi has criticized Muslims who insist on wearing the Burqa all...