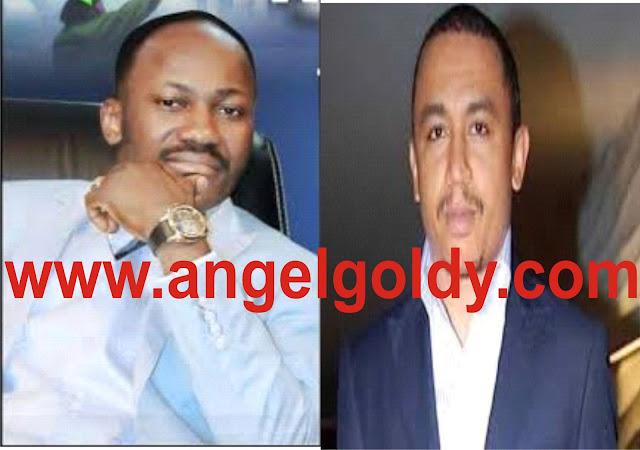 Speaking during a church service, the clergyman said: “Go and check the founder of MMM. He was a fraudster in America; defrauded people, and that’s what you’re involving yourself in and you are a Christian, looking for easy way out. Many Christians have gotten involved. If you are involved in MMM, I have to pray for you today. It’s not of God. Any quick fix way for money is not of God because some people are being defrauded to enrich some other people.”

“If you are involved in MMM raise up your hands… Thank you for being sincere, but it is wrong”

“Any quick-rich scheme is wrong. In life, everything you get if is not favour from a particular individual. If it’s quick favour through a process, you will pay for it later. If it’s a person you know that walked up to you and blesses you, take it. That’s favour. But a quick business transaction that can bring a return of over 200 percent, is not of God.”

However, OAP, Daddy Freeze in a post has declared his displeasure over an RCCG Pastor’s support on MMM. See post below: 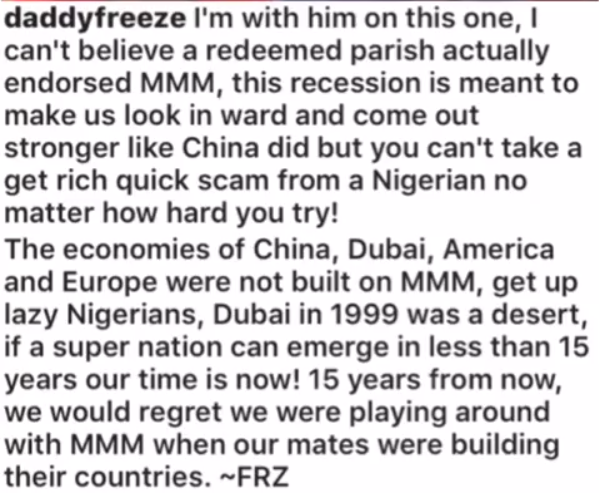 Angel Goldy - 2016
4
This fallacious  norm has been around for quite some time now, and this is particularly so in Africa. When a woman cheats, it is...

Angel Goldy - 2018
0
Here's introducing to you our man crush this day. Destiny De Great, popularly known as the elbow minister, is a great, innovative and talented minstrel...