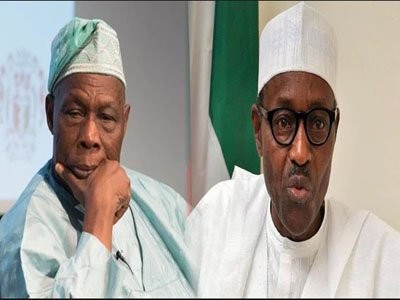 Former President Olusegun Obasanjo has once again come hard on the Buhari-led government, describing it as incompetent and incapable of addressing the killings and poverty in the country.

Obasanjo said this in a letter read on his behalf at a one-day national summit on insecurity and killings in Nigeria convened by the Northern Elders Forum, Yoruba socio-cultural group, Afenifere, Ohanaeze Ndigbo and Pan Niger Delta Forum in Abuja yesterday July 18th.

Represented by former governor of Osun State, Prince Olagunsoye Oyinlola, Obasanjo stressed that President Buhari was, by his action and inaction, encouraging the killings in various parts of the country. He recalled the discussion he had with the elder statesman about the danger to the nation’s democracy when he hosted him (Ango) in Abeokuta some weeks ago.

“When you kindly paid me a visit a couple of weeks ago, we deliberated on the danger to our democracy, our common identity, our commonality of purpose, our dream and our unity in diversity. We lamented the harm that the present administration of President Muhammadu Buhari, by his action and inaction, has done and is doing to our commonwealth and our common heritage. The obvious indication is that the government is seemingly confused and has got to the end of its tether and the nation is being left divisively and perilously to drift.  Earlier last week, I noted in a speech some undesirable elements being allowed and being introduced to our democracy by this administration. If these are not stopped, they could be the death knell of our democracy,” he said

Angel Goldy - 2018
0
Mikel Obi's girlfriend, Olga says they're not planing on having anymore kids after their twin daughters