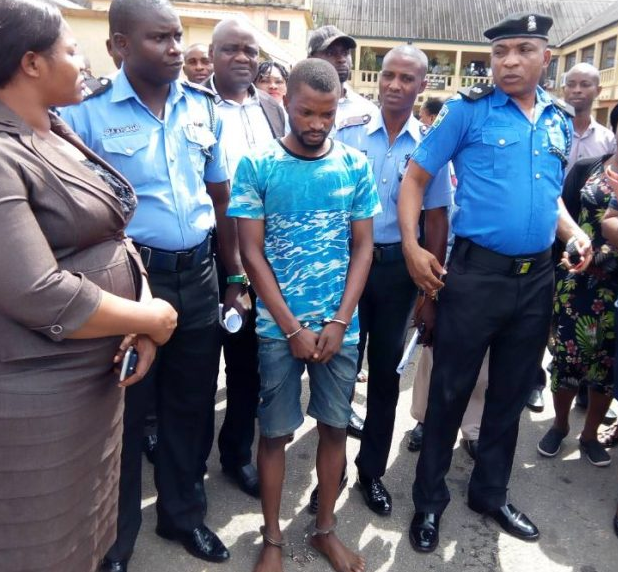 Alao was arrested two Sunday’s ago for allegedly murdering Khadija, his girlfried of eight years and burying her remains in his room. It was alleged that he killed her for money ritual.

The prosecutor, Mary Adebayo, told the court that Alao and others at large conspired to strangle Khadijat to death and buried her in his room. She told the court that the accused committed the offence on July 1st at about 7:30 pm at Aratunsi Street, Oke-Aro, Akure.

According to her, the offence was contrary to and punishable under Sections 324 and 316 of the Criminal Code Cap. 37, Vol. I Laws of Ondo State of Nigeria, 2006. She moved a motion that the accused person should be remanded in prison custody pending legal advice from the State Director of Public Prosecution (DPP).

The defence counsel, Taiwo Gbadebo, did not object to the motion.

The Chief Magistrate, Victoria Bob-Manuel, ordered that Adeyemi be remanded in prison custody pending legal advice from the DPP.

Angel Goldy - 2018
0
Assemblies of God pastor arrested for alleged ritual prophecy against Governor Okorocha   The Imo state police command has arrested a pastor of the Assemblies of...